Here’s a quick little math one.

In a probability theory class that I was sitting in on, one of the core concepts taught was the limit infimum and limit supremum of a sequence of sets. If \( A_n \) is a sequence of sets (that are all subsets of some larger set \( E \)) then the two constructs are also known as \( A_n \) almost always and \( A_n \) infinitely often respectively. They are formally defined as follows:

When I saw these for the first time it was tough for me to connect the semantics of the concepts to the unions and intersections of the formal definition. I’ll try to impart a bit of intuition now that I think I’ve gotten a better grasp of it.

Hopefully this was informative! I originally tried to make a visual explanation but it got messy and sort of failed: 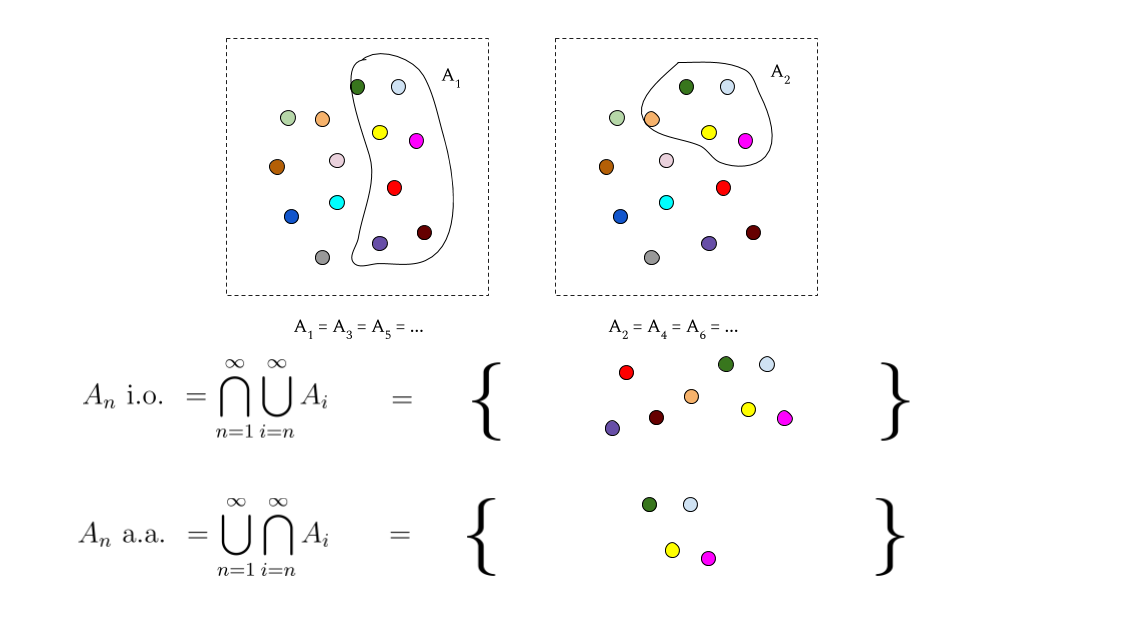